And so it was the field in the @deanshaw Twitter Madness Tourney was narrowed to the Elite 8. So close was the competition that the results had to be run through the ‘Twitter Madness algorithm’ 17 times to ensure accuracy. The algorithm boasts an accuracy of 100%, 60% of the time which makes it as reliable a tool as the influence score on Klout. 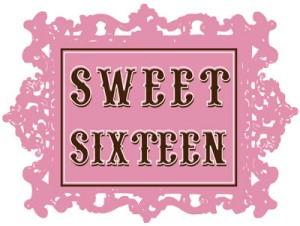 @spikejones v. @jimsterne: In what the media dubbed as the “Thrilla in Twitzilla”, two tweeters at the top of their game came together in this hotly anticipated 140 character match-up. Spike, last year’s Twitter Madness Tourney Champion and self-proclaimed Twitter curmudgeon brought with him an impressive 8 game winning streak and is the only undefeated participant in the history of the tourney. Jim Sterne, the Founder of eMetrics Marketing Optimization Summit and Web Analytics Association brought nothing with him. An easy victory for Spike right? Not so fast Sparky.

While Spike was once again strong with his usual witticism that has served him well the past two tournaments, Jim wrote what may be the greatest piece of web literature in the history of the written word. So powerful were his words that it brought tears to the likes of Chuck Norris, the Statue of David, and the Mona Lisa. It is rumored that he is being considered for a Nobel Peace Prize for Literature based on this post alone. I myself have not read this masterpiece but can only imagine it was inspired by someone of great significance, and thank God for that person, as it is rare that one reads great prose these days and the world needs more muses to inspire such great work. We bid a fond farewell to @spikejones and could only wish that his contribution to literature ‘Brains on Fire’ were as inspired as Jim’s post. For all I know it might be, but frankly, it seemed to have a lot of words in it and I’m more of a pictures guy.
Winner: @jimsterne

@chrisbrogan v. @frankreed: You gotta have some serious swagger to show up at a Twitter battle with @chrisbrogan with a few measly tweets. But that’s just what Frank did in the Sweet 16 matchup with Chris Brogan. Was Frank just being lazy or did he consciously decide to be the ying to Brogans verbose yang. Whatever it was Frank’s tact was brilliant, but not because of the quality or quantity of his tweeting, but rather because of what he didn’t tweet. That brings us to Mr. Brogan. The guy is undoubtedly a social media legend, but he committed two inexcusable errors during this crucial matchup. 1. He tweeted “True that” on 2 separate occasions. Listen folks, if you want to fit in with the cool kidz on Twitter you need to be down with the vernacular yo. And that vernacular knows that it’s “tru dat.” “True that” is what a middle-aged white guy would say…wait…what? Whaddya mean Chris is a middle-aged white guy?? Who knew? His second error was his persistent “Goodnight Moon.” I know the Moon, the Moon is a good friend of mine, and this good night stuff is starting to irritate the shit out of him. It’s also causing some workplace issues with the Sun who feels a tad bit slighted at not getting a “Good Morning Sun.” The lesson? Sometimes is not what you tweet, but rather, what you don’t tweet. Thank your lucky stars Frank, you slid by this time. As for Brogan, I think the kid has got a bright future ahead of him.
Winner: @frankreed

@TheOnion v. @badbanana: Wow! Two comedic titans battling it out on the field of Twittosity, but apparently only one showed up to the right field. I’m a big fan of @badbanana but his tweets were surprisingly lame and it’s a bad time to pull your funny hamstring. Then again, maybe he was just intimated but the awesomeness of @TheOnion who continues to be a formidable force. Either way the bad banana has got to split
Winner: @TheOnion

@1918 v. @HubSpot: In a stunning development, @1918 received the first ever Twitter Madness yellow card for a clear tournament violation.

This violation was assessed after Phil posted tweets overtly campaigning for support in helping him win the @deanshaw Twitter Madness Tourney. I run a clean tournament here and that shit just ain’t gonna fly. This violation would have seemed to end Phil run in the competition and in fact @HubSpot provided its usual stream of great social media information and resources. But in an amazing twist, it was revealed on Klout that @1918 was influential about ‘Australian Feral Goats’ and it just so happens I was looking around for a bunch of those to keep my lawn trim this Summer. Since Klout is enormously astute in its algorithmic measurement of influence, I now have my go-to guy for goats and Phil gets a W
Winner: @1918

@jowyang v. @adage: I was looking at Jeremiah’s Twitter avatar and it occurred to me that it looked like he was saying “@deanshaw is the freakin’ man”. I appreciate those apparent sentiments Jeremiah but it was your tweets about beer and Lynyrd Skynyrd that sealed the victory. Now what tweet is it y’all wanna hear? Freebird.
Winner: @jowang

@SocialMedia411 v. @AndyBeal: Andy Beal is many things, CEO of Trackur , Founder of Marketing Pilgrim, photographer, Taekwondo master, and ukulele player So basically, he’s the son my Mom wanted me to be, well all that except for the ukulele part – she said she’d beat my ass if I ever played that. Andy also finds time to tweet, and he did just enough of that to pull out an upset over the normally strong @SocialMedia411 who was unusually quiet in this matchup.
Winner: @andybeal

For the winners it’s on to the Elite 8. For the rest of you ham ‘n’ eggers, there’s always next year.